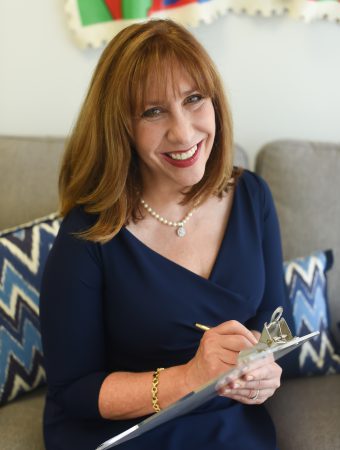 Laurie has more than a decade of professional matchmaking and coaching experience. She started Carolinas Matchmaker with the goal of helping her clients find the genuine, lifelong partnerships they deserve. Laurie has hand-selected a talented team and grown Carolinas Matchmaker into a trusted resource for singles in the Carolinas and beyond.

Laurie intentionally works with only a handful of clients at a time to ensure white glove care and attention. She is a founding member of the international Matchmaker’s Alliance and a two-time Best Matchmaker nominee for the iDateAwards, the longest running trade show and largest business conference for the internet dating, matchmaking and social networking industry. Laurie and her clients have enjoyed stunning success, with 4 out of 5 finding lasting love as a result of becoming a client.

In 2016 Laurie created the pioneering Philanthrodating™ series as a way of giving back to local nonprofits while giving community-minded singles a chance to meet people with the same values. The trailblazing series has raised more than $20,000 for local nonprofits in less than three years.

Laurie earned a master’s degree in Social Work with a concentration in Community Organization from Wurzweiler School of Social Work, a division of Yeshiva University in New York, NY. Prior to Wurzweiler she received a BA in English and Psychology from Emory University in Atlanta, GA.

Laurie has been happily married for more than 25 years and has two sons. The happiness she finds in her family life is what she wishes for all of her clients, and it’s what drives her passion for matchmaking and relationship coaching.